â€śIn the end, we will remember not the words of our enemies, but the silence of our friends.â€ť Martin Luther King Jr. 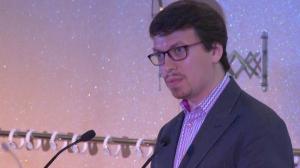 Christie’s has bought Collectrium, an online collection management tool for the art world. Sources close to the deal say the purchase price was $16 million, although this figure could not be confirmed at the time of publication as neither Christie’s nor Collectrium returned calls. Other former staff members say the sale figure was between $20 and $25 million but that cannot be confirmed. Equity documents for former staffers being paid out list $16 million.