What Drives Market Speculation After an Artists Untimely Death 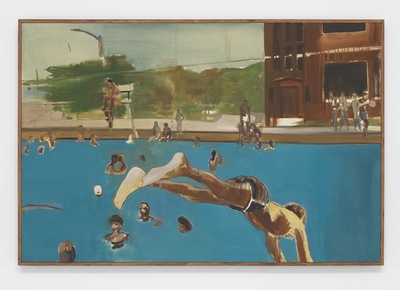 During the 1970s, a long-running legal case concerning Mark Rothko’s estate dominated news in the art world. After Rothko’s death by suicide in 1970, a fierce battle waged between his heirs, executors, and dealers at Marlborough Gallery. The abstract artist’s death at age 66 shocked the art world and created a sudden production gap in any future market for his work. The average U.S. life expectancy in 1970 had been around 70.81 years. Rothko, a wealthy, educated, urban man, might have been demographically expected to live a lot longer.
When he died, Rothko left a stellar critical reputation, a suddenly restricted supply of 798 artworks of tremendous value, and two children with claims on his estate. Unlike later artists who have died in an untimely fashion—such as Jean-Michel Basquiat and Keith Haring, or more recently Noah Davis and Matthew Wong—Rothko’s death had all the necessary factors to set off a protracted dispute that would become a symbol of the darker side of the art market. Rothko’s executors were called “wrongful and indeed shocking” by the New York Court of Appeals after attempting to withhold work from the estate to their own benefit. They also attempted to restrict what Marlborough put on the market, stipulating that the gallery “could sell up to 35 paintings a year from each of two groups, pre-1947 and post-1947, for 12 years at the best price obtainable but not less than the appraised estate value.”