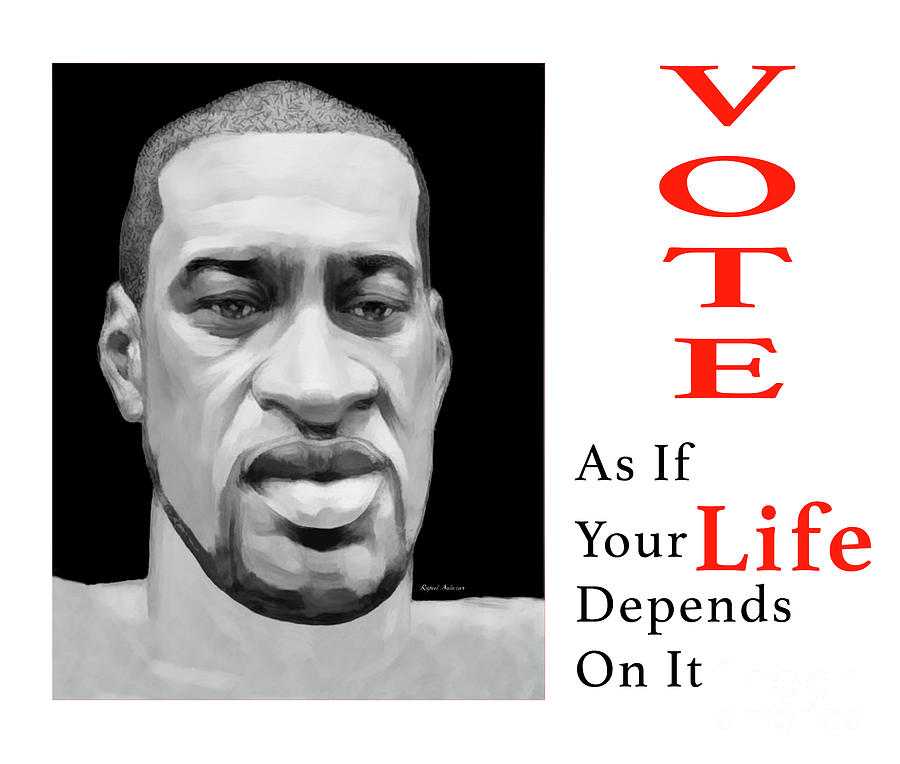 Vote As If Your Life Depends on It

Original - Not For Sale

This piece is not for sale.   Please feel free to contact the artist directly regarding this or other pieces.

Vote As If Your Life Depends on It

George Perry Floyd Jr. (October 14, 1973 - May 25, 2020) was an African American man killed by police during an arrest in Minneapolis, Minnesota. Protests in response to his death, and more broadly to police violence against black people, quickly spread across the United States and internationally.

Floyd grew up in Houston, Texas. He played football and basketball throughout high school and college. A blue-collar worker, he was also a hip hop artist and a mentor in his religious community.

Yeah, a great honor for a Special Tribute. TY

Rafael, congratulations on placing 1st in the VOTE POSTER contest!

Thank You so much David, for your support. Stay safe!

Thank You so much, Michele for the contest and your support. Congratulations to you as well. Stay safe.

Thank you so much for your amazing support GJ, as well. We need to participate in the most important election of our lifetime. VOTE everyone.