What kind of Art sells best? 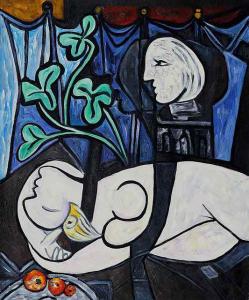 Is It Important to Know What Kind of Art Sells Best?
By Barney Davey – Art Marketing News FAA

The Question Vexes Many Artists.

In some ways, it’s impossible to give an accurate answer to what kind of art sells best. It’s too broad. Are we talking original paintings, sculpture, mixed media, digital art or reproductions?

Picasso’s painting above holds the record for the most expensive painting sold at $106 million. That’s one way of looking at what kind of art sells best. No doubt it offers little insight into helping you decide on the type of art you make.

Florals and Landscapes Dominate?
Many of you know I worked nearly two decades for Decor magazine during its heyday as the most successful publication serving retail art galleries and picture frame shops. Over the years, Decor magazine frequently surveyed its readers to ask what sold best in their shops. Not surprisingly, landscapes and florals perennially topped the list. They go in any decor and are as non-controversial as you can get.

Somehow, florals didn’t make the cut on this HubPages article, Top Ten subjects for art that sells. Otherwise, I agree with the suggestions it offers. The question for you is, “What do you do with this information?” I can see how knowing this and researching the resources below can help you. However, I think they should only slightly modify and not completely affect your creative process.

Gifts of Art for the Entire Family including your beloved Pets.
Check out our Gallery of Abstract – Conceptual – Geometric – Nature – Portraits – Photography – Pop Art & More.

Fom 1971 Why have there been no great women artists? 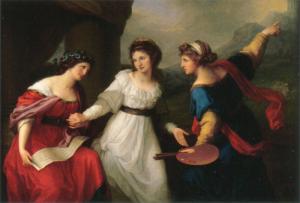 While the recent upsurge of feminist activity in this country has indeed been a liberating one, its force has been chiefly emotional—personal, psychological and subjective—centered, like the other radical movements to which it is related, on the present and its immediate needs, rather than on historical analysis of the basic intellectual issues which the feminist attack on the status quo automatically raises.1 Like any revolution, however, the feminist one ultimately must come to grips with the intellectual and ideological basis of the various intellectual or scholarly disciplines—history, philosophy, sociology, psychology, etc.—in the same way that it questions the ideologies of present social institutions.
If, as John Stuart Mill suggested, we tend to accept whatever is as natural, this is just as true in the realm of academic investigation as it is in our social arrangements. In the former, too, “natural” assumptions must be questioned and the mythic basis of much so-called “fact” brought to light. And it is here that the very position of woman as an acknowledged outsider, the maverick “she” instead of the presumably neutral “one”—in reality the white-male-position-accepted-as-natural, or the hidden “he” as the subject of all scholarly predicates—is a decided advantage, rather than merely a hindrance of a subjective distortion.

Developing DNA as a Standard for Authenticating Art 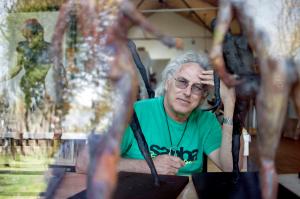 The artist Eric Fischl remembers the time a friend waved a catalog at him to alert him that one of his paintings was up for auction for six figures in London. In reality, the work was a fake, but so convincing, Mr. Fischl said, “I thought I was losing my mind.”

Brushes with forgery like that one two decades ago, and concerns about his legacy and estate, prompted Mr. Fischl to appear in London on Monday to vouch for a new authentication system that would let artists sign their works with specks of synthetic DNA.

The method is being developed at the Global Center for Innovation at the State University of New York at Albany. The school said it had received $2 million in funding from the ARIS Title Insurance Corporation, which specializes in art.

Intelligent Machines AI art is taking on the experts 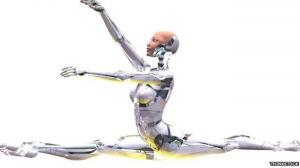 In a world where machines can do many things as well as humans, one would like to hope there remain enclaves of human endeavour to which they simply cannot aspire.
Art, literature, poetry, music - surely a mere computer without world experience, moods, memories and downright human fallibility cannot create these.
Meet Aaron, a computer program that has been painting since the 1970s - big dramatic, colourful pieces that would not look out of place in a gallery.

5 Famous Artists Who Once Faced Rejection 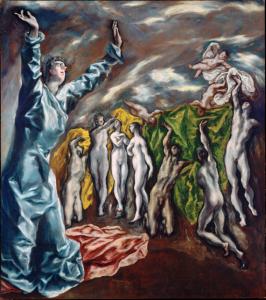 There will always be a critic who dislikes an artist's work. But some artists throughout history have faced more than just one dissenting voice. These artists, now studied and revered, were once criticized, ridiculed and rejected. What unites them is their breaking of the mold: while their paintings span different genres and styles, they all reveal creativity and fearless innovation that helped to define watershed moments in the history of art.

Pinterest has become an invaluable tool for concept artists and illustrators alike – we discover why from the pros who use it.

While the female-dominated social media platform Pinterest may have a reputation with whimsical home-decor ideas – it can also serve as an invaluable tool for concept artists and illustrators.

Why Wall Art Matters Most In Interior Design 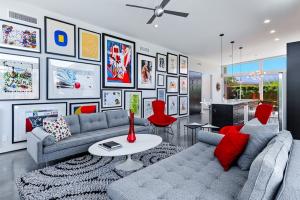 Too often in interior design, we see wall art treated as an afterthought. It’s what gets dealt with last, long after the final coat of paint has dried on the walls and all of the furniture has been artfully arranged, if it gets dealt with at all.

But, we’re here to argue that by relegating wall art to the side lines, you’re missing out on an amazing design opportunity. When chosen thoughtfully, the right wall art can provide for the entire room. Dare we say it, but we think wall art matters most in interior design.

However, if you’re a little nervous to give wall art such a prominent role in your design plans, don’t worry. Use this post as a guide on how to accurately choose pieces that will mesh with your existing space and you will have a harmonious interior. By Tara Mastroeni

Why Art is Good for Entrepreneurs

Artists are the ultimate entrepreneurs. That’s why a trip to a museum is so inspiring for founders.

Who is more entrepreneurial than an artist?

They have new ideas. They meet resistance. They have to mobilize support. Half the time they don’t even know if they are going to succeed, and very few of them actually make it to the galleries of our major museums.